Customer Reviews
I rarely comment, but this time I had to. I can't spend a lot on a projector and Julia recommended this for me. I received the projector three days after it was shipped and I can't wait to take it apart. It looks even better than the picture. The projection effect is also great. I had a great shopping experience this time, so much thank Julia

SZFLYIN projector is best of quality. It's worth every penny. We use it almost everynight. Picture quality is very best. Vibrant colors and easy-to-adjust angles. We stream everything. Volume and speaker quality are much better than I expected. We projected the film onto our fence, which was 6 feet tall and least 20 feet . This projector is perfect

The dome theater is also known as the dome theater, and its hemispherical dome includes the audience's perspective in the screen. The screen covers the audience like a reduced sky, and the hemispherical screen completely covers the top of the audience, so that almost all the audience's eyes go are vivid, colorful and realistic movie pictures.
With its unique visual impact and surround sound effect, the dome screen theater brings a strong sense of immersion and experience to the audience, making the audience feel like they are in it. It can recognize the secrets and history of the universe; sometimes it is a cell, which can penetrate into the microscopic world of animals and plants; sometimes it is like riding a time machine back to the distant past to walk with dinosaurs, or it can come to the distant future to experience the technological life of the future. . 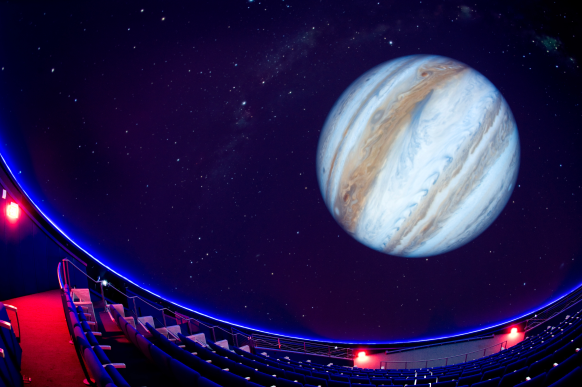 ▶ Ease of use | The entire dome screen playback system has powerful, sensitive, reasonable and convenient interactive performance, which can fully grasp the operation of the system in a very short time, so that the operator can quickly adapt.

▶ Easy to maintain and manage | Although the projection system chooses high-end products from internationally renowned manufacturers in equipment selection, the equipment maintenance management must provide international manufacturers' domestic warranty and comprehensive technical support after the system is delivered.

▶ Openness | In line with international standards, it can accept international standard media formats, which is convenient for international exchanges in the industry. It can exchange data with many other formats, such as: BMP, JPG, PNG, DDS, AVI, MPEG, MOV, MP4, WMV, RM, RMVB, etc. At the same time, it can also integrate special film resources such as dome screens around the world to provide users with rich program sources.

>>Technology involved in the project

▶ The sound transmission and imaging technology of professional dome screen; 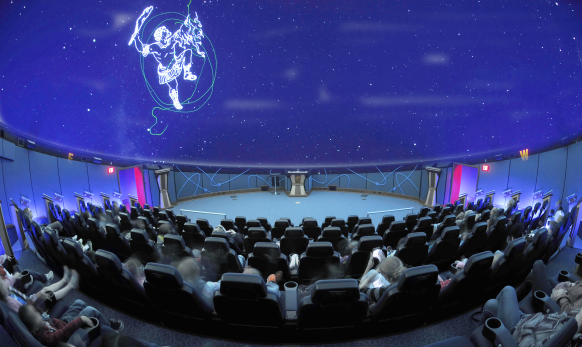 Screen system: The canopy in the dome theater adopts a steel frame structure, and the whole is a polygonal frame without welding screws to ensure the uniform force and tension of the entire canopy, and to control the overall deformation. The entire dome is a precise dome. It has good reflectivity, sound absorption effect and good cleanability, and can display a variety of programs with projection system and sound system.

Dome splicing and fusion system: The effective display screen projected by each projection unit of the dome screen to the screen is divided into irregular picture shapes by geometric segmentation, and the overlapping area of ​​adjacent projections is also an unplanned geometric shape. Different areas involve bilateral superposition, or even the superposition of more projection light paths. Conventional fusion technology is far from meeting such requirements. In this solution, our solution is to split and model the fusion area according to the projection space and screen topology, and independently debug the brightness attenuation algorithms in different fusion areas.

Surround stereo sound system: Adopt international top brand sound system, with specially designed sound source equalization speaker system, so that the volume and sound quality of each place in the theater are the same, and the audience can enjoy the same quality sound effect no matter where they sit.